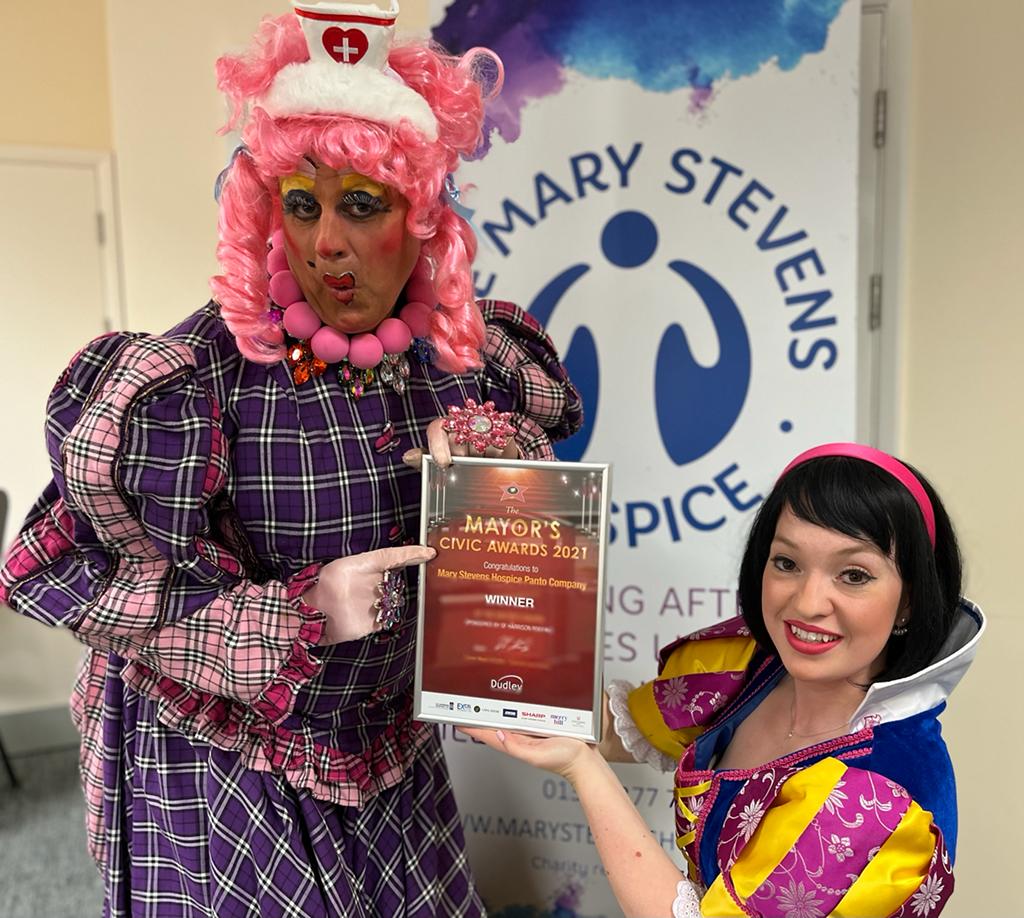 The Mary Stevens Hospice Pantomime Company are celebrating being announced “The Pride of Dudley” at the Mayor’s Civic Awards Evening.

The awards ceremony that was postponed in March 2020, due to the pandemic, took place at The Copthorne Hotel and the prestigious award was won by the Hospice for their 2019 performance of “Aladdin, The Pantomime” and their dedication towards the Hospice. Since 2018, and three Pantomimes later, the group of volunteer actors and backstage crew have raised almost £50,000 that has been used to fund patient and family services at the Hospice.

We spoke with Amanda Bowen, Head of Fundraising about our Pantomime Company winning this prestigious award:

“We are very proud to have been recognised by the previous Mayor, Cllr Stanley for our commitment and dedication to The Mary Stevens Hospice. The whole Pantomime team produce a fantastic, professional show for our audience, which in turn helps us to sustain our services both now and in the future.

Don’t just take our word for it, or the Mayors, join us in February as we stage our next award-winning Pantomime, Snow White and the Seven Dwarfs at Stourbridge Town Hall”.

Tickets for Snow White, which stars Beverley Knight MBE as the onscreen Magic Mirror, can be obtained by visiting www.boroughhalls.co.uk/msh-snow-white.html or by calling the fundraising office on 01384 377 778.