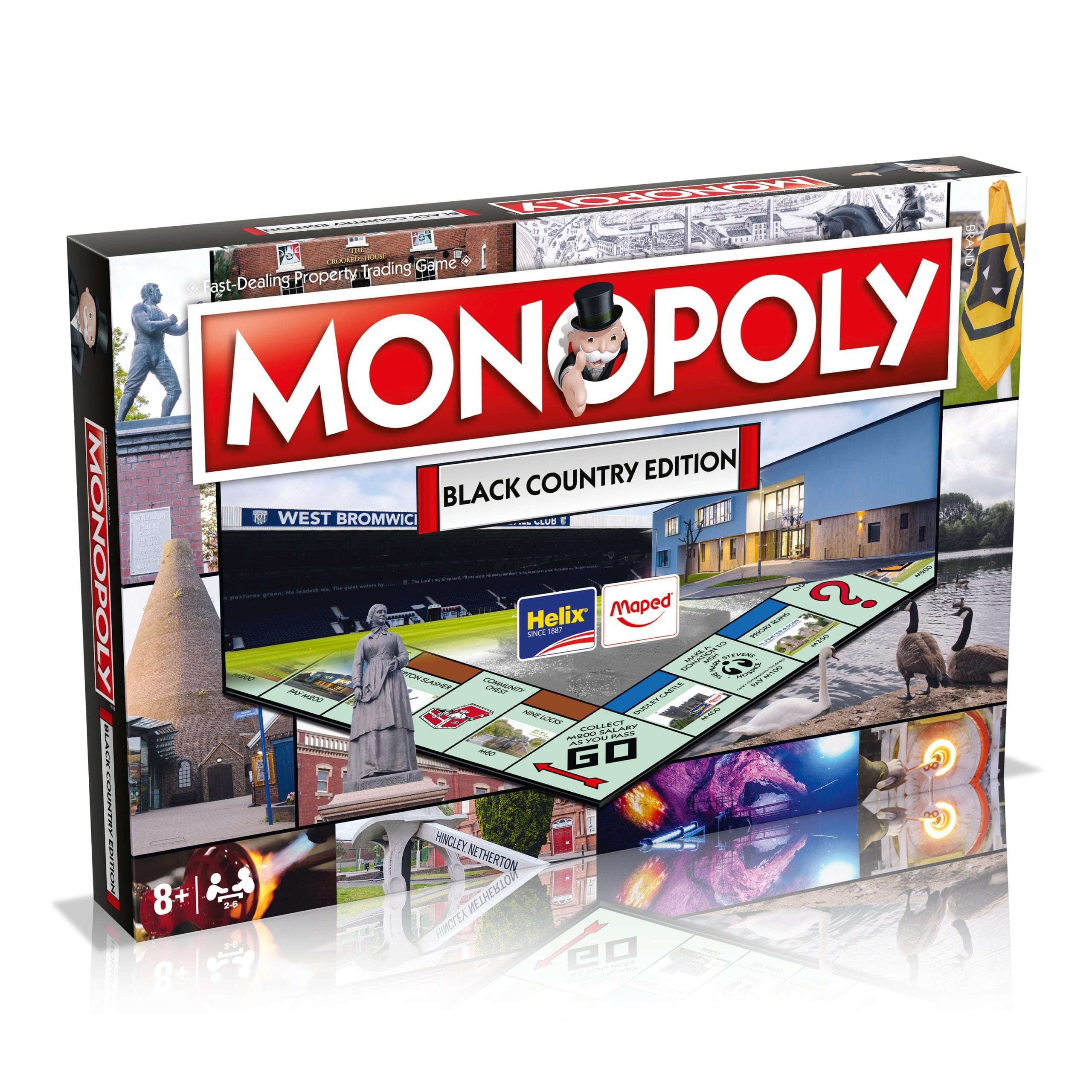 Our limited edition Monopoly, created in partnership with Hasbro is one of the three limited edition boards created each year. At Mary Stevens Hospice we are proud to be part of the Black Country and the wonderful community around us, therefore, it felt only right that we created our game to celebrate this.

Have you ever wanted to own The Crooked House or live in Dudley Castle? Well now is your chance with Black Country Monopoly.

The game will take you round the Wrekin, up the cut and down the old ‘oss road. The vibrancy and community spirit that is so closely associated with the Black Country are captured in the game alongside the unique dialect and unmistakable landmarks which make the area instantly recognizable.

Everything down to the Community Chest and Chance cards have been altered to fit with our Black Country theme!

The creation of the game has been a lengthy process and making sure that we really captured the essence of such an iconic area on just a 20″ x 20″ board was no easy task.

Infamous landmarks around the Borough have been cast into special edition playing pieces which are also available. Think iconic landmarks like Dudley Castle and the Titanic Anchor, which have been made by local company Thomas Dudley, we are extremely proud to add this unique and special touch to our game.

We would like to thank our Monopoly partners who feature on the board, when you’re playing the game you will notice lots of our local partners featured on location squares and in the Community Chest.

We are sure that you will love your Black Country Monopoly game! Have a bosin’ time playing it, our kid!

We would love to see everyone playing their version on Black Country Monopoly. Tag us on Facebook or use the hashtag #blackcountrymonopoly