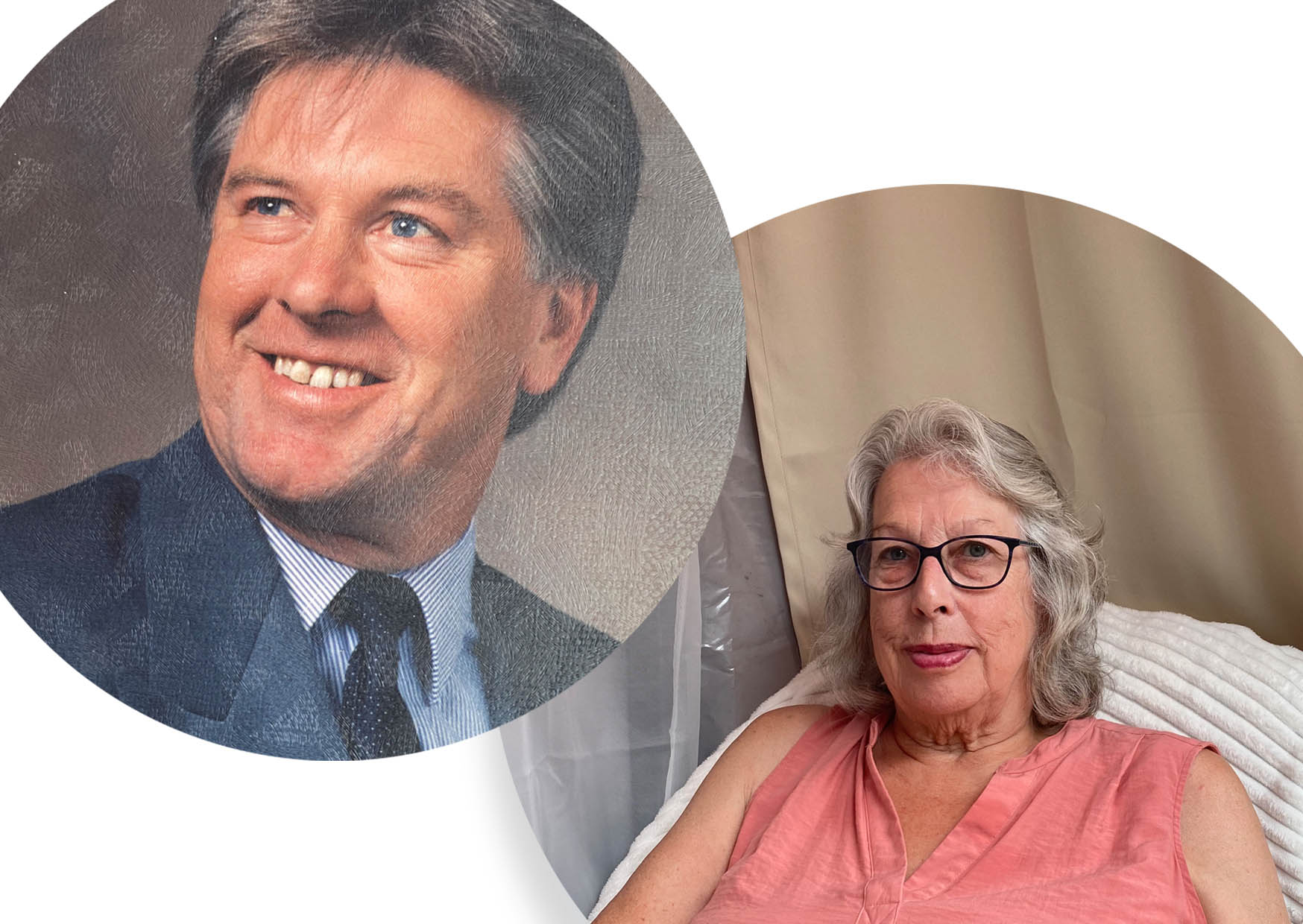 ‘I had always known about the Hospice. In fact my youngest son was born in the Mary Stevens Maternity Unit and I would often drive past without paying much attention to it but then fate turned its hand.

My husband sailed a boat, raced a motorbike and was completely outgoing. The whole family thought he was invincible and would go on forever. Ray started to suffer with a bad back which was put down to arthritis until we found out in September 2016 that he had bone cancer and to be honest, I don’t think the hospital thought he would ever leave them because of how poorly he was.

Ray did come out of hospital and we cared for him at home with the help from Macmillan nurses. It was suggested, initially against Ray’s will, that he be cared for at The Mary Stevens Hospice. There at the Hospice he would receive the 24-hour care he needed and where we could spend quality time with him.

On the 1st December 2017, Ray was admitted to the Hospice. To say I was shocked and surprised when we arrived is an understatement. We were expecting to find a hospital ward full of beds, but instead there were 10 individual en-suite rooms looking out onto a garden where a Christmas Tree stood, beautifully lit up. I can remember my husband looking around his room and asking me “how much have we got to pay for this?” I simply replied, “we haven’t”.

Nothing was too much trouble for the Nurses that cared for Ray and our family. Our three grown up children and I were incredibly lucky to be with him right until the end, spending the quality time together that we just wouldn’t have had if we had continued to care for him at home. On the night that Ray passed away, one of the nurses gifted knitted toys to our six grandchildren in memory of their Grandad. In time the Hospice offered Bereavement Counselling, and whilst I didn’t think that I needed it because I hadn’t broken down, I met with Pat. She was marvellous. She told me how I was feeling was completely normal, it was my coping mechanism.

In 2017 my daughter and I went along to a volunteer recruitment evening at the Hospice and from that moment my volunteering began, this was my way of giving back. I came to realise just how much the Hospice relies on fundraising and donations to sustain its care and now my whole family are involved. My favourite event was when all 12 of us dressed up to take part in the Santa Jog!’

The Mary Stevens Hospice would like to thank our valued volunteer, Diane, for sharing Ray’s story. During the festive season, it is as important as ever that we continue to light a Christmas tree in our garden for our families.